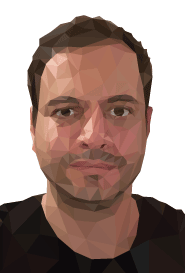 My name is Pedro DV. I’m a Software Engineer and Software Designer. I work as a JavaFX and Swing Freelancer and Consultant. [read more]

Recently I had to fix this for a project. I searched the web for a simple straight solution to this issue but couldn’t find one so I decided to put my hands on the problem and try to fix it.. I’ve come up with a solution and decided to share it on github.

All you have to do is simply pass a JDesktopPane to this component and add it to a app where you would add the JDesktopPane.

At the base of this problem is the fact that the JDesktopPane doesn’t update its preferred size when the JInternalFrames get out of the viewport. This component will keep track of the JInternalFrames position and add scrollbars when it’s appropriate.

You can grab the code at: https://github.com/dukke/swing-desktopScrollPane

I’ve just finished rewriting a component of my app that was using Swing and now is using JavaFX, I’ve ended up with a JavaFX component that integrates with the larger swing app. It is a large app and the rewrite took me a while, in the end everything worked fine and I’m glad I did it.

Reasons you might want to do this in your swing app

You might want to rewrite your Swing app and change it to use JavaFX instead, the easiest way is to do this incrementally by changing each component at a time. This requires that you integrate each of the newly changed JavaFX components with the rest of your Swing app.

I’ll summarize why you might want to start rewriting your app from Swing to JavaFX:

Swing is pretty much dead in the sense that it won’t get any further developments. JavaFX is the new UI toolkit for Java, it is better prepared for the future with things like touch support, 3D, built-in animation support, video and audio playback, etc.

There is already a working prototype that enables you to port javafx apps to IOS called RoboVM – http://www.robovm.org/. As more and more of JavaFX gets open sourced the better RoboVM will get, with this open sourcing probably other utilities will arise that will enable ports to other environments.

JavaFX is a well-designed toolkit with a rapid growing pace, a bright future and a set of good free UI tools. Furthermore, unlike in the past, Oracle is giving developers feedback a great importance changing and adapting its APIs to meet their goals.

Unlike Swing, not counting third party librarys, which was ugly by itself, JavaFX looks good right from the start, especially the new Modena skin coming to JavaFX 8: http://fxexperience.com/2013/03/modena-theme-update/– . Given that users nowadays expect good looking, well designed apps this is a pretty good point.

Some nice extras, like the charts API, an embedded browser that supports HTML5, etc.

How you do it

Back on JavaFX 1.3 you could embed Swing in JavaFX but not the other way around, at least not officially. I implemented a Swing component that allowed you to embed JavaFX content in Swing (called JXScene) and made it publicly available in the jfxtras project. It was the only way you could embed a JavaFX scene in a Swing app.

Now Oracle with JavaFX 2.X made an official way of embedding JavaFX in Swing which makes more sense but unfortunately not a way to embed Swing in JavaFX, I guess this will suffice in most cases. However, with the coming JavaFX 8 you’ll also have the ability to embed a swing component in a JavaFX app with the Swing Node.

Essentially when you are embedding JavaFX in Swing you end up with 2 running UI threads: the Swing EDT thread and the JavaFX User thread.

There is a chance that in the future there will only be one thread for both as is the case with SWT, making Swing run on the JavaFX User Thread, but for now we’ll have to manage our way with 2 threads.

Two threads running at the same time in the UI is what complicates matters, and makes JavaFX integration not as easy as you might expect, unless you’re doing some trivial small app but I guess that is not the scenario for most of the real world use cases. If you’re doing a small app might as well do it all in JavaFX.

JavaFX gives you JFXPanel, which is a Swing panel that hosts a JavaFX scene. You set the scene on the JFXPanel and add the panel wherever you could add a Swing Component.

To access JavaFX data you have to wrap your code in a Runnable object and call the Platform.runLater method:

On the other side is Swing data. This data must be accessed only by the EDT. To ensure that your code is running on the EDT, wrap it into a Runnable object and call the SwingUtilities.invokeLater:

Other links to check out: